“Kensho is a revelation, meaning that it reveals a whole other order of things” …

“… Everything was gone — everything in-between erased, it was like a boot kicking at the lamp that illuminated everything …” ~ both quotes: Henry Shukman 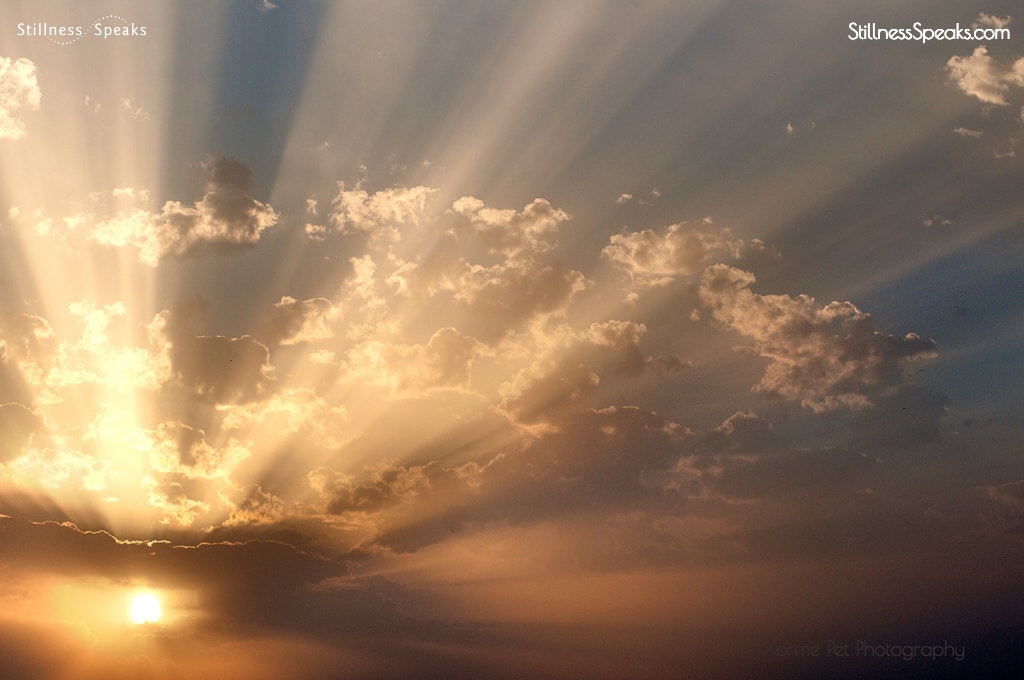 Sanbokyodan Zen emphasizes, or puts utmost priority on, kensho or awakening – the direct experience of our True Self. The other essential part of the Sanbokyodan Zen practice is koan study – an added means of deepening insight into our true nature ultimately leading to abiding awakening (that’s integrated with daily life).

So, let’s briefly explore both kensho and koans …

“… It was like an axe fell on the crown of my head and everything vanished … all the other experiences I’d had of this ilk, there was still some kind of witness. Not in this one. There was no seer, no seeing, there was nothing to see….it was truly nothing …” ~ Henry Shukman

In the short clip (below), from One Bright Pearl: A Conversation on Zen (between Henry and Chris Hebard), Henry talks about kensho based on his own direct experience that fundamentally changed his life: “… I feel as if that moment is still going on and is still here in every moment of my life. It changed everything. That’s when that war ended. It’s all been different since then …”

We are offering the full length video, One Bright Pearl: A Conversation on Zen, for FREE viewing … so take a deep dive on Zen with Henry on questions/topics like: Is Zen a religion? … Is awakening progressive? … what is practice? and why do we practice? …  What differentiates me from everything else? … the personal awakening struggle (& more) … by visiting our post Henry Shukman & Jeremy Irons on Zen & Well-Being … OR watch the video on our YouTube channel.

In addition to One Bright Pearl, which is Henry’s perspective on Zen, we will be releasing a Documentary – Zen Awakening: Finding Peace in Troubled Times – later this year with multiple perspectives on Zen … through Masters like Sanbo Zen Abbot Ryoun Yamada Roshi, David Loy, Bernie Glassman, Ruben Habito, Kaz Tanahashi (and Henry). Also, it features other Zen practitioners like actor Jeremy Irons, Jeff Bridges, former US ambassador Joe Wilson … and scholars at the leading edge of Zen & Science, like, Richard Davidson. This documentary has been four years in the making with filming in 5 countries.

A clip featuring Jeremy is included in the post Henry Shukman & Jeremy Irons on Zen & Well-Being.

In a recent  Mountain Cloud Zen Center newsletter (July 9, 2018), Henry mentions three “marks” of genuine kensho and underscores that at least one of these three characteristics needs to be part of one’s initial breakthrough (or initial awakening experience) for koan study to begin:

“… First, everything is revealed as one life, one existence, one dream, one single body. It’s not that all is connected— rather, all is actually one single phenomenon.

Second, the infinite is right here, right now. It’s not apart from here. This here, right now, is absolutely boundless. A cup, a leaf, a footprint in the sand, a key in a lock — each of these is suddenly shown to be boundless and infinite.

Third, this here right now is completely empty. It has no substance whatsoever. It is gone. It was in fact never really here to begin with, the way we thought it was. This can be experienced of the sense of self — I have never been “me”! All along, there has been no me. Or of the world, that is, of objects that the self experiences as apart from itself — any and all objects are “gone”. Or it can be discovered of both self and world at the same time. Then, all is gone, all drops away, and “ the bottom falls out of the bucket.

At least one of these three is needed for koan study. If not, it won’t serve either the person or the system of koan study. The reason is that then there is really nothing the poor student can do but attempt to grapple with the koans with their mind. Thus defeating their purpose. The life of the koans begins where the mind ends …“

And for another perspective on koans, below is an “early stage edit” clip (from the documentary’s archive footage) featuring Zen Master Migaku Sato talking about “What is a Koan?”

“… Koan has seemingly two functions: first initial breakthrough … and to let you deepen that experience …”

For an even deeper exploration, click here for our posts on Zen & Buddhism.

The Migaku Sato clip (2nd one in this post) is from the documentary feature film (Zen Awakening: Finding Peace in Troubled times) coming in 2018 – a Stillness Speaks production. It is presented by Altitude FX and Pruett Media in association with Mountain Cloud Zen Center. It is produced by Chris Hebard and Henry Shukman and directed by Luke Fitch (Altitude FX).

The 1st clip is from One Bright Pearl – a Stillness Speaks production in association with Mountain Cloud Zen Center. It is produced by Chris Hebard and Henry Shukman. Filmographer (including video editing) is Jonathan Mugford (who can be contacted @ jonathan.mugford@gmail.com).

Both clips copyright holder is Stillness Speaks & Pruett Media, and both are freely made available to Mountain Cloud Zen Center.