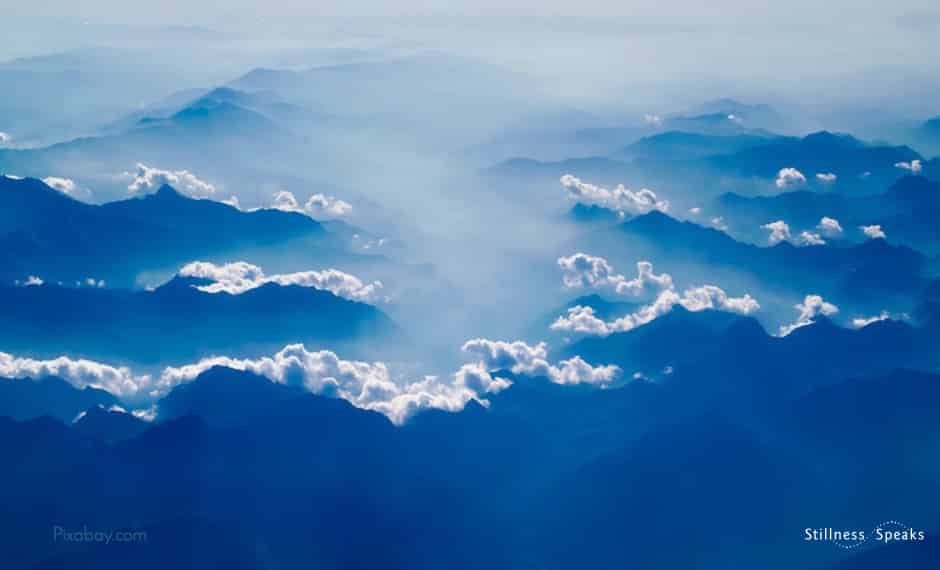 Stillness Speaks is pleased to offer the fifth chapter, Five Hallmarks of Universal Non-dualism, from  Philip Renard’s book Non-Dualism: Eastern Enlightenment in the World of Western Enlightenment which provides an in-depth exploration of non-duality. Philip has graciously offered us a PDF of the Five Hallmarks of Universal Non-dualism chapter from this book. Download the Chapter here. Unless otherwise referenced all quoted material (in italics) in this overview is from Renard’s Chapter.

In Part 1, Renard explored the first two hallmarks of nondualism:  Awareness and No-mind. In this post (part 2), Renard covers the remaining three hallmarks….

Immediacy, as Renard refers to it, is ‘the direct way’. By this is meant that pure Awareness is independent of any activity occurring over time, and independent of any means by which you could reach a goal. Your true being is already present, and the invitation is to recognize this im-mediate-ly, right now. 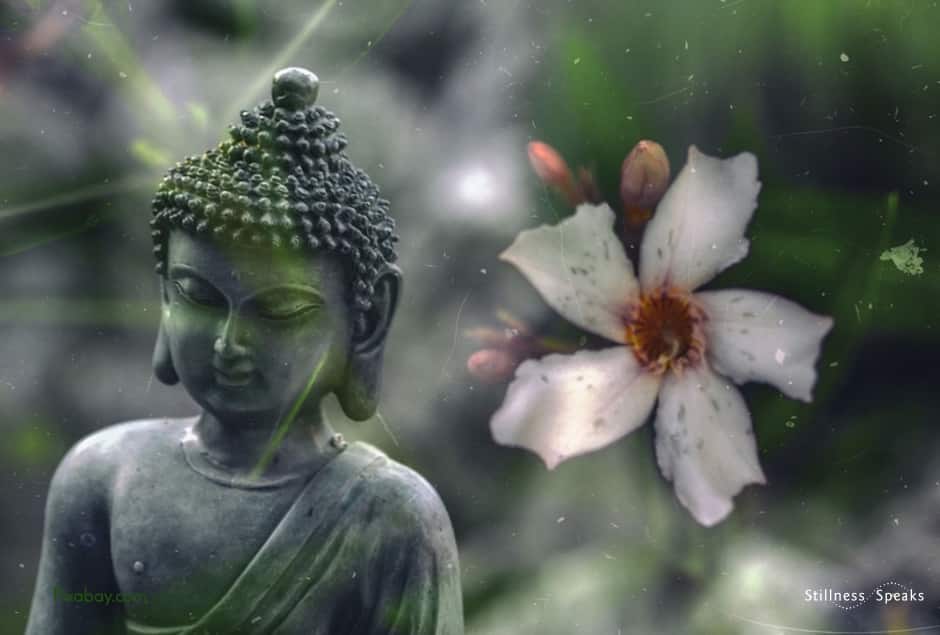 In the west, radical non-dualism, first arrived in the 1920s with Zen Buddhism, and particularly during the 50’s when…Stories referring to ‘sudden enlightenment’  induced by Zen masters placing all emphasis on ‘now’, and encouraging students to speak and act from there, made a deep impression.

Prior to this occurrence, such movements were of a gradual nature, a slow development towards something. Because all personal factors seem stuck to us like a sort of glue, a shock is sometimes required to recognize that this glue is non-existent. In the shock, recognition of our ‘original face’ as it is called in Zen, can occur, being an expression for our true nature that precedes the personality.

Immediacy, as such, has been around as a concept for a long time, stretching back centuries to Advaita Vedanta and Dzogchen.

When all indirectness has fallen away, what remains is unambiguous, doubtless openness. It is immediate awareness, direct recognition. The difference between recognizing and thinking is to be found in the immediate, the direct. 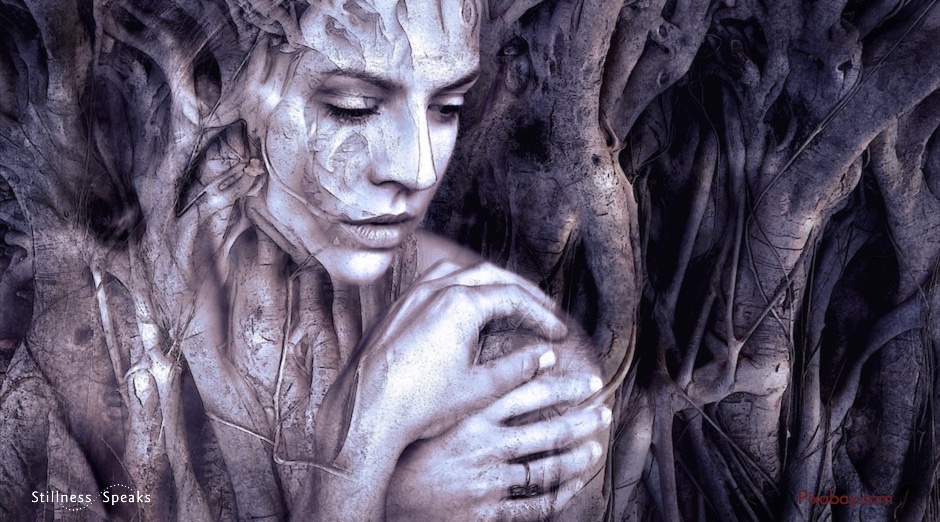 Immediacy also had an emotional component involving pure and direct feeling. This is particularly true with Dzogchen teachings.

Emotions are not transformed, no correction is made. Direct recognition of the true nature of a specific emotion present is something that is compared to a drawing on still water, which unaided immediately fades into the totality of the water. Water does not go ‘into action’ in order to erase the drawing. Another comparison used in Dzogchen is that of snowflakes falling onto a hot iron plate or stove. The snowflakes immediately disappear as soon as they touch the stove.

Originally changlessness was associated with Hindu ideas of nirvana or of an end-state that one is to reach; ideas which are now considered untrue and fundamentally mistaken within Hindu thinking. Mahayana Buddhism turned the term on its head with the idea of Buddha nature.

Buddha nature is described as inherently present, always and unchanging, the essential nature of every sentient being. Although the manifestation of this may know growth, growth toward full Buddhahood, the Buddha nature itself is not subject to change. The ‘growth’ in the manifestation is not an enlargement of something, but an evaporation of the clouding or covering of something. 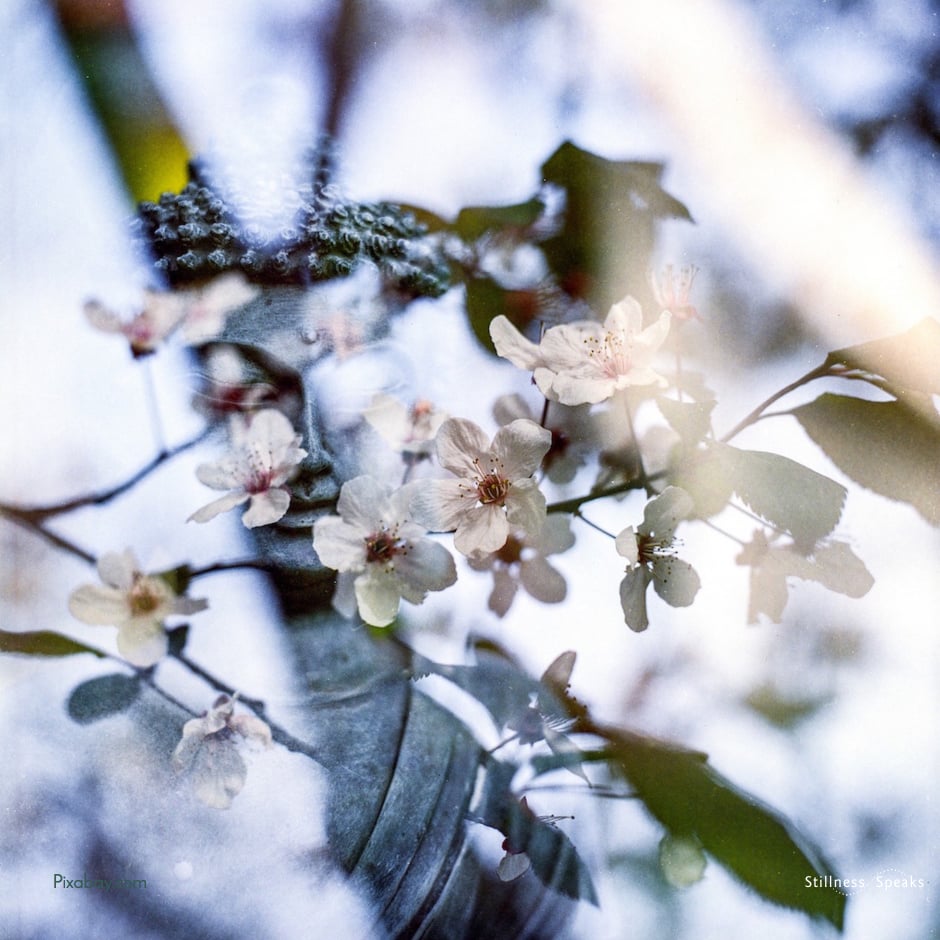 The terms dharmakaya and Buddha nature are nearly identical: the changeless Absolute, the essence of all form, timelessness without any possibility to differentiate or change.

In Dzogchen, Zen, and Vedanta, the Changeless equates with a kind of permanent characterization of reality… In Advaita Vedanta the Changeless has become something like the corner stone of talking about reality. Training the power of discernment is about seeing the difference between that which is real and unreal, or between that which is constant (nitya) and inconstant (anitya).

For the seventeenth-century Japanese master Bankei: “The place in which there’s no difference in the hearing of those sounds is the Unborn, the Buddha-mind, and it’s perfectly equal and absolutely the same in each one of you. (…) You see, you are always unborn.”

The twentieth century Dzogchen teacher, Tulku Urgyen, recognizes the benefits of the changeless: “The perceiver, which in essence is empty cognizance (…), is not impermanent. Otherwise, what would be the use of pursuing buddhahood, if it was impermanent and would only be lost again?”

Renard closes this section by exploring the key question: How is it possible to speak of ‘the changeless’?

We are referring here to something that is not an object, something that is impossible to perceive. Everything that can be perceived has a beginning and an end and therefore undergoes change. But that which is objectless is not ‘something’, and therefore has no trace of a beginning, no birth. You are looking from it already, and that is just the same as from where you just looked. It has undergone no change in the meantime. That from where you look is an unassailable source, always fresh, clean, unspoiled and unchanged awareness. 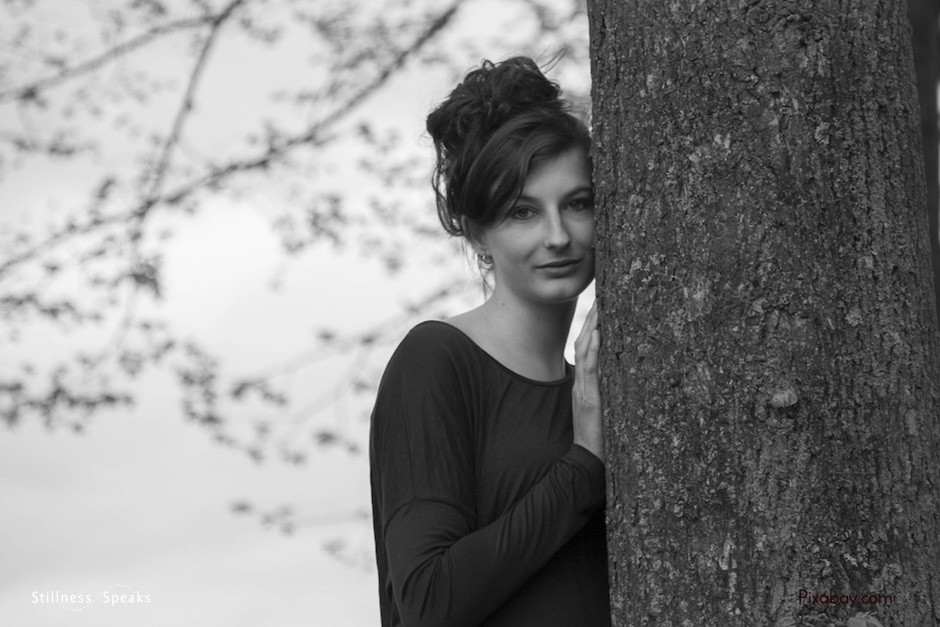 How can one begin to approach a naturalness, without a practice or form? Renard says the Naturalness is the same as effortless, which could actually be the fifth hallmark.  Everything in non-dualism revolves around the natural state.

I see this as an essential point in radical non-dualism. Admittedly, it is only on the total realisation of your true nature that you can speak of ‘being established once and for all in the natural state’, but training in the true sense is a training of the intuitive recognition of this natural state, and abiding in that.

It is giving expression, in a spontaneous way, to the ever-present Buddha nature. This training only happens once seeking has come to an end. Everything happens as it happens, naturally, spontaneously.

In fact naturalness is the same as effortlessness: that word could also be used to describe the fifth characteristic. There is nothing to acquire in non-dualism, your essential nature is all that there is, it has never been absent, and is always free. Intuitive understanding of this brings about a deep relaxation. There is nothing to improve, nothing to change, you simply have to allow the manifestation to happen, so that That which is constantly the case can become clearer and clearer. 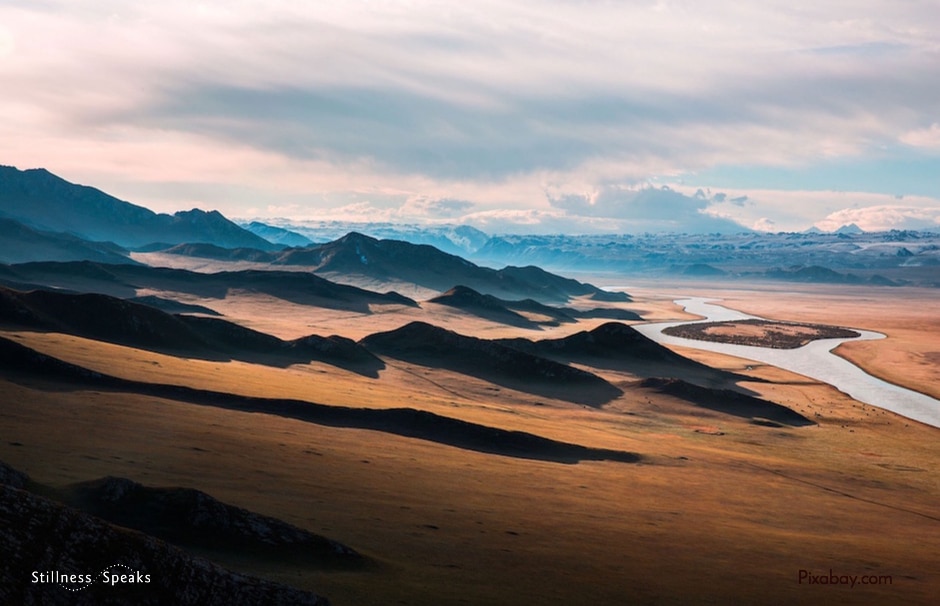 Renard concludes this provocative chapter with his reasons for writing about the five hallmarks. In so doing he stresses the essential contributions made by the three mainstream advaya traditions.

This chapter has been written in an attempt to create a framework for talking about non-dualism and liberation, to sharpen the view of it, and to provide a certain basis for communication about the current forms of it. In short you could summarize this chapter with the following five-fold definition of non-dualism:

The point of going into detail of the characteristics in this chapter is to demonstrate that the diverse ‘true’ ways have had a correcting effect on each other – something that is worth paying attention to.

In emphasizing the three mainstreams of advaya (Advaita, Ch’an and Dzogchen) it is important to highlight in which sense each stream contributes something essential. These essential contributions deem it ‘useful’ to keep each of the three streams in sight; by doing so an appreciation can be gained of non-dualism in the most full, least sectarian sense of the word.