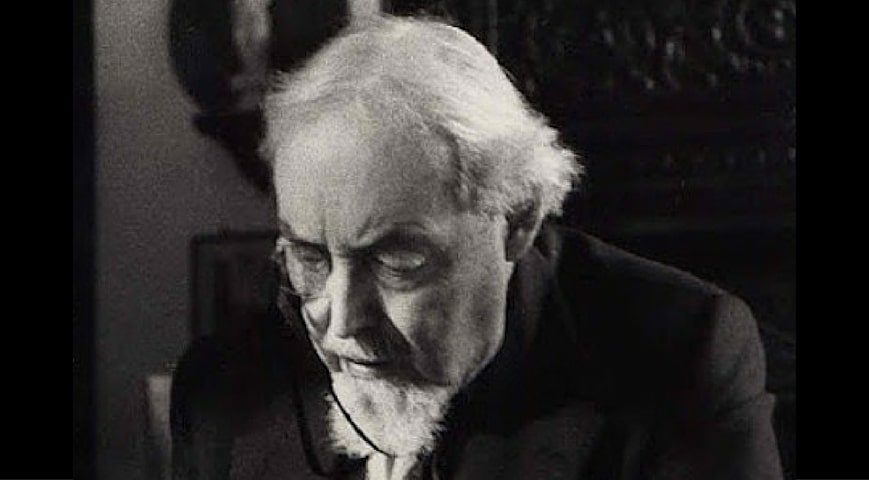 “Wei Wu Wei” was born as Terence James Stannus Gray in 1895 into a well-established Irish family, was raised on an estate outside Cambridge, England, and received a thorough education, including studies at Oxford University. Early in life he pursued an interest in Egyptology, which culminated in 1923 in the publication of two books on ancient Egyptian history and culture.

This was followed by a period of involvement in the arts in Britain in the 20’s and 30’s as a theorist, theatrical producer, creator of radical “dance-dramas,” publisher of several related magazines, and author of two related books. He was a major influence on many noted dramatists, poets, and dancers of the day, including his cousin Ninette de Valois, founder of the Royal Ballet (which in fact had its origins in his own dance troupe at the Cambridge Festival Theatre which he leased from 1926-33).

After he had exhausted his interest in this field, his thoughts turned towards philosophy and metaphysics. This led to a period of travel throughout Asia, including time spent at Sri Ramana Maharshi’s ashram in Tiruvannamalai, India. In 1958, at the age of 63, he saw the first of the Wei Wu Wei titles published. The next 16 years saw the appearance of seven subsequent books, including his final work under the further pseudonym O.O.O. in 1974.

During most of this later period he maintained a residence with his wife in Monaco. He is believed to have known, among others, Lama Anagarika Govinda, Dr. Hubert Benoit, John Blofeld, Douglas Harding, Robert Linssen, Arthur Osborne, Robert Powell, Francis Lucille, Jean Klein and Dr. D. T. Suzuki.  He died in 1986 at the age of 90.

Here are the first 10 chapters (available for free download) of, what many believe to be, his very best book, All Else is Bondage.

You can purchase a copy of “All Else is Bondage” at Amazon.

For more details of his work, visit the Wei Wu Wei Archives.

Here is a video of an interview of Galen Sharp by David Rivers. Galen was Wei Wu Wei’s pen pal (& student) for several years. Galen wrote a book titled, What Am I? A Study in Non Volitional Living, that was influenced by Wei Wu Wei. Video is from David Rivers’ YouTube channel.