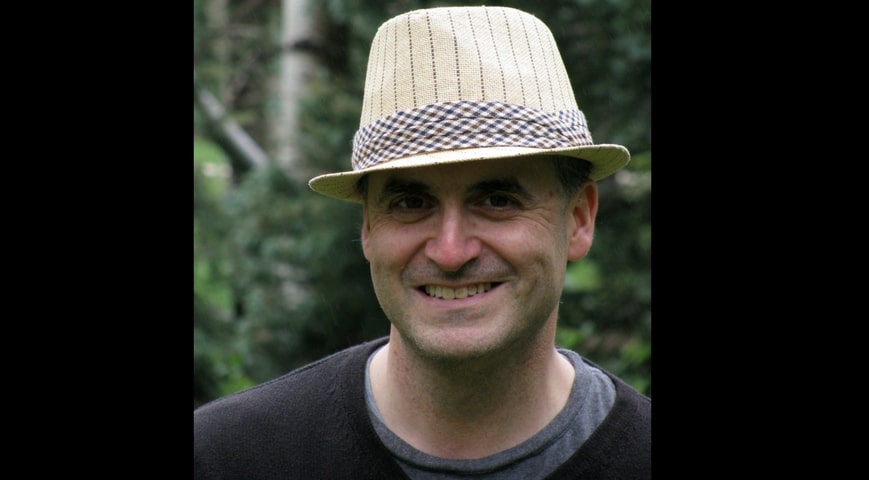 Thompson’s work challenges us to stop using first-person subjective experiences as a way to justify neuroscience reductionism or “spiritualist agendas and instead take them seriously for what they truly are — narratives of first-person experience arising from circumstances that we will all in some way face. Instead, we can focus with honesty and integrity on where the empirical, experiential information actually lies. It’s there, he says, right before us, in the lives we inhabit.”

“I received my Ph.D. in Philosophy from the University of Toronto in 1990 and my A.B. in Asian Studies from Amherst College in 1983. While writing my dissertation from 1986-89 I also studied with Francisco Varela (1946-2001) at CREA (Centre de Recherche en Epistemologie Applique) at the Ecole Polytechnique in Paris. During this time we also wrote our book, The Embodied Mind: Cognitive Science and Human Experience (MIT Press, 1991). From 1989-91 I was supported by a Social Sciences and Humanities Research Council of Canada Postdoctoral Fellowship, which I held first at the Department of Philosophy, University of California, Berkeley, and then at the Center for Cognitive Studies at Tufts University, where I worked with Daniel Dennett.

As a child and teenager in the 1970s I was home-schooled at the Lindisfarne Association, an educational and contemplative institute and community founded by my father, William Irwin Thompson. It was there that I first met Francisco Varela when he attended a conference in 1977 organized by my father and Gregory Bateson on “Mind in Nature.” Varela then lived with us as a Scholar in Residence and became a Lindisfarne Fellow.”  ~ excerpted from Evan’s website

In addition to a career built studying cognitive science’s approach to the mind, Evan Thompson is intimate with the long history of Buddhist and Vedic commentary on the mind too. He also happens to be the son of the maverick cultural historian William Irwin Thompson, whose Lindisfarne Association proposed the “study and realization of a new planetary culture” (a goal that reveals a lot about its strengths and weaknesses). Growing up in this environment, the younger Thompson managed to pick up an enthusiasm for non-Western philosophical traditions and a healthy skepticism for their spiritualist assumptions. ~ excerpted from NY Times article

For more teachings please visit Evan’s website where you can find his books, lectures and interviews, and his blog.

And, you can watch more of Evan’s videos in our library.

Below is a video of Evan Thompson at ISCS 2016 speaking about mindfulness and cognitive science: