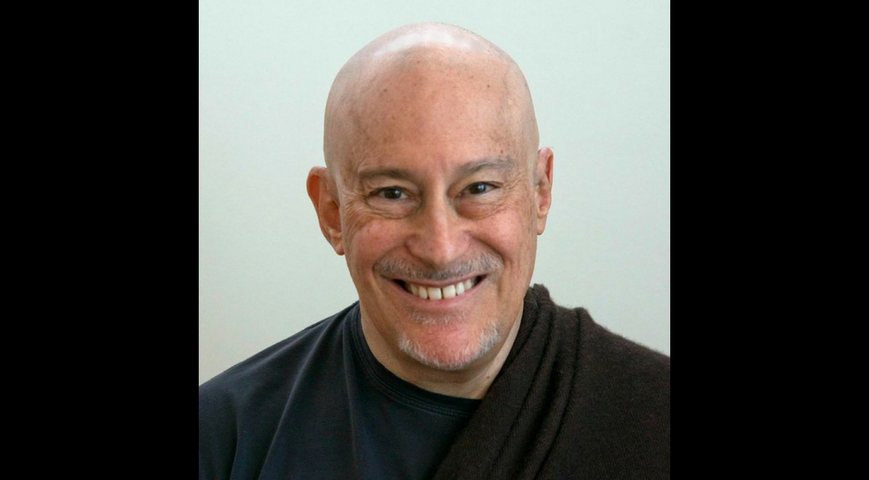 “Ultimately, meditation can allow us to have happiness independent of conditions and that is one heck of an awesome claim.”
~ Shinzen Young

Shinzen Young is an American meditation teacher. He leads residential and phone-based meditation retreats for students interested in learning the Vipassana tradition of Buddhism. Although Vipassana is traditionally a Theravada technique, Shinzen was originally ordained in Japan as a monk in the Shingon (Japanese Vajrayana) tradition. He has studied and practiced extensively in other traditions, including Zen and Native American traditions.

He frequently uses concepts from mathematics as a metaphor to illustrate the abstract concepts of meditation. As a result, his teachings tend to be popular among academics and professionals. His interest in integrating meditation with scientific paradigms has led to collaborations with neuroscientists at Harvard Medical School, University of Massachusetts Medical School, Yale, Carnegie Mellon, and the University of Vermont (see further below). He is working on various ways to bring a secular mindfulness practice to a wider audience using revamped terminology and techniques as well as automated expert systems.

One of Shinzen’s major contributions to the field of meditation & mindfulness is Unified Mindfulness which was “created over 50 years of research and testing” .. and it is a “system of meditation that’s easily researchable by science, with clear terminology and rigorous precision around concepts and procedures“… it is “a simple, yet highly effective meditation system built for the modern world” … and “it brings together the key elements of Eastern contemplative traditions and the technological, scientifically-based practicalities of the West.” … and is a “… secular form of meditation, which means it’s not religious in any way – so anyone, of any faith, can do it.“

Unified Mindfulness system is “so precise and dependable that legendary institutions like Harvard Medical School, Carnegie Mellon and the University of Vermont use it as the basis for their research on meditation and its application in the neurosciences, psychology, clinical sciences and the overall well being of society,” ~ italics in this and the above paragraph are excerpted from UnifiedMindfulness.com – the official teacher training platform for Shinzen and the Unified Mindfulness System.

“Shinzen Young is an American mindfulness teacher and neuroscience research consultant. His systematic approach to categorizing, adapting and teaching meditation, known as Unified Mindfulness, has resulted in collaborations with Harvard Medical School, Carnegie-Mellon University and the University of Vermont in the bourgeoning field of contemplative neuroscience.

Shinzen’s interest in Asia began at the age of 14 when he decided to attend Japanese ethnic school in his native city of Los Angeles.
After majoring in Asian languages at UCLA, he entered a PhD program in Buddhist Studies at the University of Wisconsin. As a part of his thesis research, he lived as a Shingon (Japanese Vajrayana) monk for three years at Mount Koya, Japan. It was then that he received the name Shinzen (真善).

Also during that time, he became friends with Father William Johnston (author of Christian Zen). Fr. Johnston helped broaden Shinzen’s interests to include comparative world mysticism and the scientific study of meditative states.

Upon returning to the United States, his academic interests shifted to the dialogue between Eastern meditation and Western science.

Shinzen is known for his interactive, algorithmic approach to mindfulness, and often uses mathematical metaphors to illustrate meditative phenomena.

He is the author of The Science of Enlightenment, Natural Pain Relief, and numerous audio offerings.

Shinzen leads residential retreats throughout North America. In 2006, he created the Home Practice Program. These phone-based mini-retreats are designed to make deep meditation practice accessible to anyone in the world regardless of their location, health situation, and time or financial constraints.” ~ excerpted from Shinzen’s website

“I’m a Jewish-American Buddhist teacher who got turned on to comparative mysticism by an Irish-Catholic priest and who has developed a Burmese-Japanese fusion practice inspired by the spirit of quantified science.” ~ Shinzen Young

For more teachings please visit Shinzen’s website where you can find his books ( plus Articles & Videos), retreat schedule, store, and blog.

And, you can watch more of Shinzen’s videos in our library.

Below is a video of Shinzen Young speaking about How to Change Your Life with Mindful Awareness: