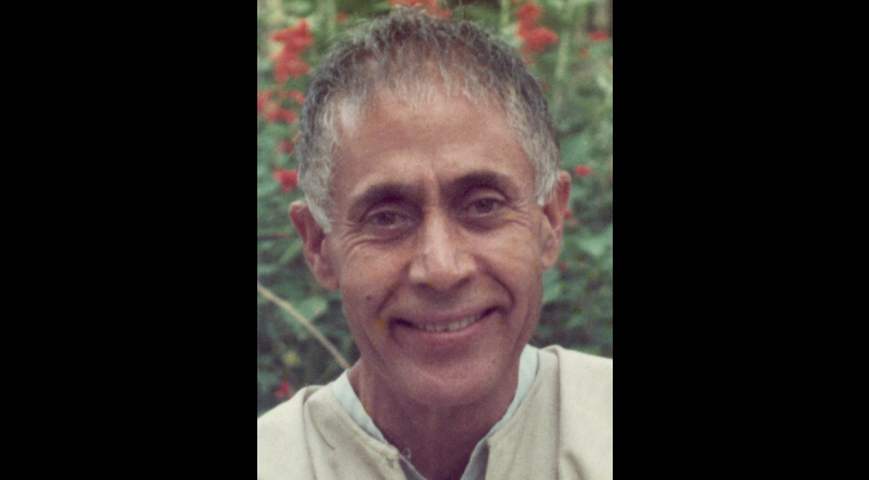 “This whole universe is the expansion of your own nature.” ~ Swami Lakshmanjoo

Swami Lakshmanjoo was born on the 9th of May, 1907, in Srinagar, Kashmir, India. As a child he showed clear signs of spirituality, and from the age of five would become easily absorbed in his own inner nature. Too young to find the appropriate yogic expression, the young child described this state as “badhi bodha” which in Kashmiri means “greater than the greatest.”

During the next three decades, Swami Lakshmanjoo soaked himself in the oceanic depths of Kashmir Shaiva philosophy, at every step verifying his intellectual understanding with his own personal experience.

By 1965 news had quietly spread that the oral tradition of Kashmir Shaivism was alive and well, fully embodied in the person of Swami Lakshmanjoo. For the next twenty-five years, a regular stream of visitors from India and abroad sought his audience. To all sincere seekers, Swamiji freely distributed the treasure of his wisdom.

As the last in an unbroken chain of Masters of this unique ‘oral tradition’ Swami Lakshmanjoo dedicated his life to the sacred teachings of Kashmir Shaivism. In 1991 he left this mortal world but not before giving clear guidelines for the future.

In India he established the Ishwara Ashram Trust to carry out activities in a manner which would uphold the truths he himself had lived for. In the United States, for the purpose of carrying his message to all who had a spiritual thirst and longed to know the ultimate truth of life, Swamiji laid the foundation for the establishment of the Universal Shaiva Fellowship, which later was re-established with a focus on education as the Lakshmanjoo Academy.  ~ Above quote and text is copyrighted material from the Lakshmanjoo Academy Staff and is graciously provided to us for use on Stillness Speaks website.

Also, you can further explore all of his different forms of work through the right sidebar: videos/blog posts, books, special projects, and more.

And, you can watch more of Swamiji’s videos in our library.

Below is a video of Swami Lakshmanjoo speaking about meditation and the stages of yoga in Kashmir Shaivism:

Unless noted otherwise, all content related with Kashmir Shaivism and Swami Lakshmanjoo on our website has been graciously and generously provided by John Hughes and his team at Lakshmanjoo Academy.